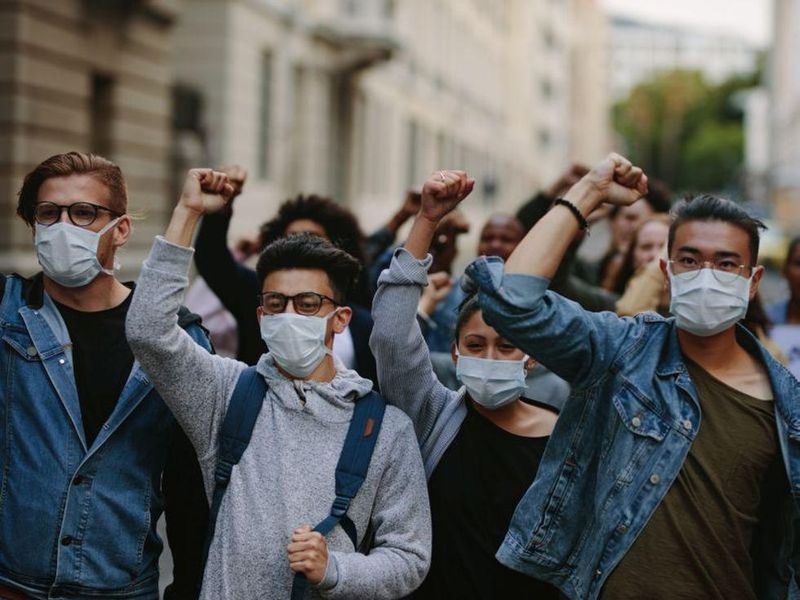 WEDNESDAY, Aug. 11, 2021 (HealthDay News) -- The psychological strains of the pandemic can be powerful tinder for political unrest and violence, researchers warn.

"The pandemic has disrupted our normal way of living, generating frustrations, unprecedented social exclusion, and a range of other concerns," said study author Henrikas BartuseviÄius, a researcher with the Peace Research Institute Oslo in Norway. "Our investigations show that the psychological toll of living through a pandemic also stoked anti-government and anti-systemic attitudes that led to political violence in a number of countries."

BartuseviÄius and his colleagues asked 6,000 adults in the United States, Denmark, Italy and Hungary how the pandemic had affected their health, finances, relationships and rights, if they had become dissatisfied with their societies and governments, and whether they wanted to engage in or had already taken part in protests or political violence.

The study found "striking" associations between the mental health stresses of the pandemic and highly disruptive beliefs and behaviors, including the use of violence for a political cause.

In contrast, there were no consistent connections between pandemic-related psychological pressures and an urge to engage in peaceful forms of activism.

The findings were published Aug. 9 in the journal Psychological Science.

"We were also surprised to find that COVID-19 burden does not need additional triggers to motivate political violence," BartuseviÄius said in a journal news release. "It is seemingly enough on its own."

In the United States, people who reported a greater mental burden from the pandemic were more likely to say they'd engaged in violence during the Black Lives Matter protests and counter protests.

The pandemic and associated measures such as lockdowns may have contributed to the frustrations unleashed in these events, according to the researchers.

"This is the first time in the modern era that highly individualized Western democracies have faced a major pandemic," said study co-author Michael Bang Peterson, a researcher at Aarhus University in Denmark.

"Our research presents one of the first pieces of evidence on the disruptive potential of pandemics and associated lockdowns," he said in the release.

While only an association was seen between the two factors, there are several potential explanations for why pandemics can lead to civil unrest, according to the study authors.

For example, certain social groups have been more severely affected by the pandemic and lockdowns, triggering feelings of injustice and anger directed against governments.

As well as dealing with public health issues and the economy, pandemic recovery programs should also seek to heal the relationship between citizens and the political system, the researchers concluded.

The U.S. Centers for Disease Control and Prevention has more on COVID-19.