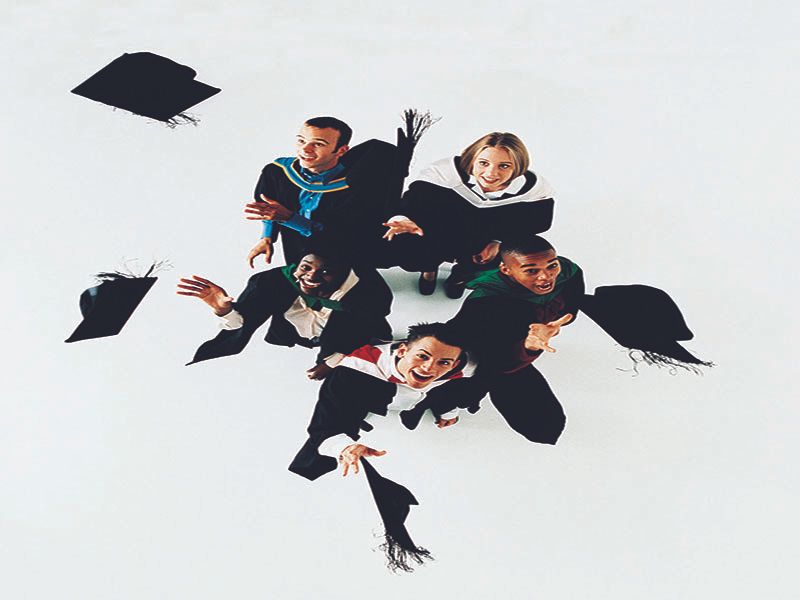 TUESDAY, April 27, 2021 (HealthDay News) -- That college degree may be useful in many ways, but new research suggests it probably won't keep your brain from shrinking with age.

Over the years, a number of studies have suggested that education might buffer people against age-related declines in memory and thinking. But those findings did not prove a cause-and-effect relationship.

In the new study, researchers asked whether people's education levels were related to an objective marker of brain aging: atrophy, or thinning, of the brain tissue.

Overall, the study found, there was no strong connection.

Based on MRI brain scans of over 2,000 Europeans, higher education level was only "modestly" associated with greater brain tissue volume. And over time, people with more education lost brain tissue just as quickly as those with fewer years of schooling.

The findings "suggest that education does not seem to have any causal protective impact in how the brain changes with age," said researcher Anders Fjell, a professor at the University of Oslo, in Norway.

The study does not, however, discount other brain benefits of education, according to Claire Sexton, who directs scientific programs and outreach for the Alzheimer's Association.

One theory is that education does not forestall age-related brain changes, but helps people weather them better, Sexton explained.

It's thought that better-educated people might have greater "cognitive reserve," meaning they are able to maintain more of their mental acuity even as brain tissue itself ages.

Sexton, who was not involved in the new study, said it offers important information.

But, she added, the findings "don't really call into question" prior studies tying higher education levels to lower dementia risk.

Besides the cognitive-reserve theory, Sexton said it's also possible that education has indirect benefits, to the extent that it protects people from other risk factors for dementia.

Fjell agreed that the new findings "do not go against education having potentially positive effects in aging."

But they do challenge the notion that education may somehow slow down brain aging, his team added.

The study, published online April 26 in the Proceedings of the National Academy of Sciences, included over 2,000 European adults aged 29 to 91. All underwent at least two MRI brain scans over a period of up to 11 years.

As expected, older adults had less brain tissue volume than younger people, including in the hippocampus, a structure involved in memory that is often damaged in the early stages of dementia.

But when it came to education level, there was only a modest correlation with brain tissue volume, the study found. And there was no evidence that people with more education had a slower loss of brain volume over time.

Beyond formal education early in life, there is also a question of whether engaging in mentally stimulating activities over the life span can help slow age-related decline.

This study does not address that, said Lars Nyberg, a professor at Umea University in Sweden, and co-researcher on the work.

Nyberg said there have been some "promising findings" on the effects of mental stimulation, but also a lack of "large longitudinal" studies (the kind that follow people over years).

To Nyberg, there is a broader message from the latest findings.

"We still need to learn much more about factors that have been labeled 'modifiable,' to know what to focus on as individuals and as a society," he said.

The Alzheimer's Association is currently funding a trial to get a better handle on what specific measures can help delay or prevent dementia.

The study is testing whether a combination of lifestyle measures can slow mental decline in older adults believed to be at high risk. Those measures include physical exercise, better control of high blood pressure and diabetes, and mentally stimulating activities.

But people do not have to wait to take those steps, Sexton noted. She said it's "never too early or too late" to adopt healthy lifestyle habits.

The Alzheimer's Association has advice on supporting brain health.