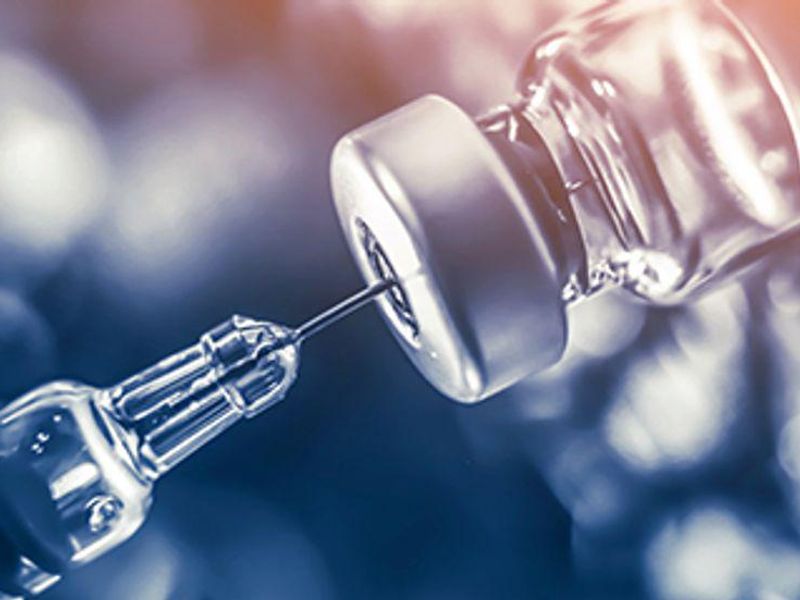 It's a long-awaited shift in guidance for Americans weary of more than a year under COVID-19 restrictions.

"If you are fully vaccinated, you can start doing the things that you had stopped doing because of the pandemic," CDC Director Dr. Rochelle Walensky said during a White House COVID-19 briefing. "We have all longed for this moment when we can get back to some sense of normalcy."

Importantly, the new guidance doesn't apply to public transportation or health-care settings, and some workplaces may still require masks.

More than 117 million Americans are now fully vaccinated, about 35 percent of the population, CDC data shows. A person is considered fully vaccinated two weeks after their last dose of vaccine.

The news was welcomed by infectious disease experts.

"Ample evidence indicates that vaccinated people contribute little to the spread the virus," said Luis Schang, a professor of molecular virology at Cornell University's School of Veterinary Medicine, in Ithaca, N.Y. "With the continuous increases in the number of vaccinated people â reaching now about half of the eligible population, in addition to those who have been naturally infected â the proportion of people who may be asymptomatically infected and shedding virus continues to decrease."

The balance is continuously shifting more and more, such that the marginal risk of not practicing universal mask usage and social distancing by vaccinated people, in particular in outdoor settings, becomes much smaller than the benefits of returning to a more open society," she said.

Still, "we should remain vigilant," Schang said, "and ready to promptly change our behavior again if yet another effort was ever required."

The nation's top infectious diseases expert agreed a turning point has been reached.

"We've got to liberalize the restrictions so people can feel like they're getting back to some normalcy," Dr. Anthony Fauci said in an interview, The New York Times reported. "Pulling back restrictions on indoor masks is an important step in the right direction."

"You can't inhibit people from doing the things they want to do, which is one of the reasons they wanted to get vaccinated in the first place, because other people are not getting vaccinated," he added.

In releasing the latest guidelines, CDC officials pointed to a growing body of evidence that shows the shots work, even against more contagious variants of the virus. They also factored in the country's rapidly declining caseload, and the rarity of breakthrough infections in people who are fully vaccinated.

"This is a day that I think will be marked as a true turning point in the pandemic in the United States in that we have three vaccines that are highly effective, we have enough vaccines for everyone in our country who's 12 years and older to get vaccinated who wants it, and we're being told that it is safe to roll back a number of the measures that we've come to rely on for controlling this pandemic," Richard Besser, former acting director of the CDC and president and chief executive of the Robert Wood Johnson Foundation, told the Washington Post.

"The idea that people who are fully vaccinated can take off their masks, can go outside, can go inside, be around people and not have to worry about COVID anymore, that's absolutely huge," he said.

Public health experts were also optimistic that the updated guidance might even prompt some vaccine-hesitant Americans to get vaccinated.

"Young people say, 'Why should I get vaccinated? I'm not going to die of this.' What they want to hear is, 'You can take your mask off,'" Carlos del Rio, a professor of medicine at Emory University in Atlanta, told the Post.

Pfizer vaccine given OK for use in adolescents

In a decision that clears the way for schools to reopen safely next fall, U.S. health officials on Wednesday gave their final stamp of approval for Pfizer's coronavirus vaccine to be offered to children aged 12 to 15.

The decision, which makes millions more young Americans eligible for immunization, came as COVID-19 cases and deaths in this country have already plummeted to their lowest levels in months.

COVID-19 deaths are now averaging around 600 per day, the lowest tally since early July, with the number of lives lost dropping to single digits in well over half of states, the Associated Press reported. Meanwhile, confirmed infections have fallen to about 38,000 per day, their lowest level since mid-September. Reported cases have declined 85% from a daily peak of more than a quarter-million in early January.

Dr. Amesh Adalja, an infectious disease specialist at Johns Hopkins University in Baltimore, told the AP that vaccinations have played a pivotal role in the lower case numbers.

"The primary objective is to deny this virus the ability to kill at the rate that it could, and that has been achieved," he said. "We have in effect tamed the virus."

Taking a significant step in that direction, an advisory committee to the U.S. Centers for Disease Control and Prevention voted on Wednesday to recommend the vaccine for use in adolescents. CDC Director Dr. Rochelle Walensky adopted the recommendation on Wednesday evening.

"For vaccination to do its job, we must do our critical part. That means vaccinating as many people as possible who are eligible," Walensky said in a statement. "This official CDC action opens vaccination to approximately 17 million adolescents in the United States and strengthens our nation's efforts to protect even more people from the effects of COVID-19. Getting adolescents vaccinated means their faster return to social activities and can provide parents and caregivers peace of mind knowing their family is protected."

In a show of support for the CDC's decision, the American Academy of Pediatrics (AAP) on Wednesday issued a new policy statement that recommends the coronavirus vaccine for all eligible children ages 12 and older.

"This is truly an exciting development that allows us to protect a large population of children and help them regain their lives after a really rough year," said AAP President Dr. Lee Savio Beers. "As a pediatrician and a parent, I have looked forward to getting my own children and patients vaccinated, and I am thrilled that those ages 12 and older can now be protected. The data continue to show that this vaccine is safe and effective. I urge all parents to call their pediatrician to learn more about how to get their children and teens vaccinated."

"We know that adolescents 12 years of age and up are at risk of severe illness from COVID-19 and can contribute to transmission of COVID-19 to others," AMA President Dr. Susan Bailey said in a statement. "Having safe and effective vaccine available to this age group will help them return to normal activities and help protect more people from the spread of COVID-19."

Vaccinations of adolescents have already begun in a few states, like Delaware, Georgia and Maine, The New York Times reported. Others plan to offer the vaccine as early as Thursday. Nearly all states have enough vaccine doses to quickly redirect them to adolescents.

Though children are less likely to suffer severe COVID, the coronavirus has infected more than 1.5 million children and sent more than 13,000 to hospitals, more than are hospitalized for flu in an average year, according to CDC data, the Times said.

The ride-sharing initiative will last until July 4, a date that Biden has set for getting shots into the arms of at least 70 percent of American adults, the Times reported.

In a meeting with a group of six governors from states including Ohio, Utah and Maine, Biden detailed other vaccination efforts, including creating vaccination sites at community colleges and sending FEMA officials around the country to encourage people to receive a shot, the newspaper said.

"We're going to be able to take a serious step toward return to normalcy by Independence Day," Biden said. "And there's a lot of work to do though to get there. But I believe we can get there."

Although CDC data shows that nearly 154 million people had received at least one vaccine dose in the United States as of Thursday, the pace of vaccinations has slowed recently.

Experts said they had expected the slowdown, but vaccine reluctance -- in part stemming from an 11-day pause in the rollout of Johnson & Johnson's single-dose vaccine after rare clots were reported in a small number of vaccine recipients -- remains a problem, the Times reported. Only a small percentage of Americans who have not yet been vaccinated say they will definitely do so, according to recent polls.

Some governors, including Jim Justice of West Virginia, have started to experiment with incentives that could sway hesitant Americans: Last month, Justice said the state would give $100 savings bonds to young people who get vaccinated, though officials are still trying to work out the details of the program. In New York, officials are offering free rail and subway tickets with vaccinations, the Times reported.

The governors who met virtually with the president on Tuesday had ideas of their own. Gov. Janet Mills of Maine told Biden that the state would offer vouchers to L.L. Bean, free fishing and hunting licenses, and tickets to local sporting events as incentives, the Times reported.

"We're calling this 'your shot to get outdoors,'" Mills said. "Oh, it's corny, I know, but we know that people in Maine found refuge in relief and Mother Nature throughout the pandemic."

Gov. Mike DeWine of Ohio said that the National Guard had set up small vaccination stations at nursing homes around the state. Gov. Spencer Cox of Utah said that pop-up clinics were appearing at churches and that health officials were working with clergy members to communicate information about the vaccines to their members.

States and counties have already been getting creative with incentives. New Jersey offered a "shot and a beer" for residents who get their first vaccine dose in May and visit participating breweries in the state. And in Erie County, N.Y., Buffalo-area breweries double as vaccination clinics, offering a free beer to those who get a shot, WBFO reported. Suffolk County on Long Island is trying something similar, the Times reported.

As of Thursday, the U.S. coronavirus case count passed 32.8 million, while the death toll topped 583,600, according to a tally from Johns Hopkins University. Worldwide, over 160.5 million cases had been reported by Thursday, with more than 3.3 million people dead from COVID-19.