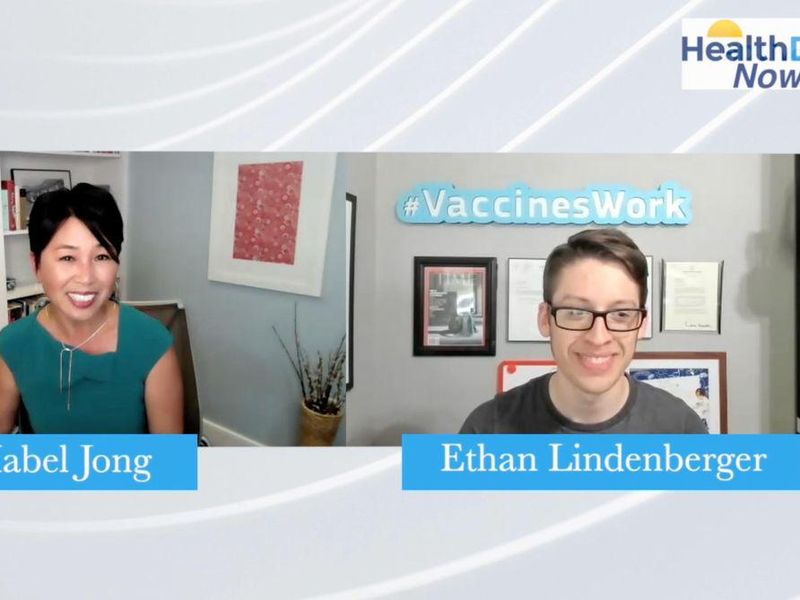 WEDNESDAY, June 2, 2021 (HealthDay News) -- Ethan Lindenberger knows what it's like when you have anti-vaxxer parents: At 18, he gained national notoriety when he sought vaccines in defiance of his mother's fervent wishes.

Now, the 20-year-old has some advice for teens facing a similar dilemma posed by the pandemic -- how to convince their anti-vaxxer parents to let them get the COVID-19 vaccine.

The Pfizer shot is now FDA-approved for everyone age 12 and up, but varying parental consent laws across the country mean that some teens might want the jab but have to convince mom and dad first.

Lindenberger recommends that kids who want the vaccine have an open and honest discussion with their parents -- if they have the type of relationship that would allow for such an exchange.

"If you know you can have a loving and understanding conversation with your parents, please do that. Try to have that conversation and vocalize why you want to get vaccinated, your concerns about your own health and safety," Lindenberger, of Norwalk, Ohio, said in a HealthDay Now interview.

But he acknowledges that not every teen will be able to do that.

"If you are worried about serious consequences -- your parents not trusting you, your parents taking away your phone or kicking you out -- those are serious concerns for some young people," Lindenberger said. "Maybe wait and weigh those consequences seriously. It's not as easy as 'Go get vaccinated, and then deal with it later.'"

Most states require parents to consent to the vaccination of their children, according to USA Today. The exceptions are North Carolina (all teens can receive vaccinations), Tennessee and Alabama (14 and older don't need consent), and Oregon (15 and older don't need consent). Iowa's consent rules are more difficult to interpret, as the requirement varies depending on your health care provider.

Lindenberger only got the polio vaccine when he was a child, due to his mom's increasing involvement in the anti-vaccine movement.

Due to consent laws, he didn't even bother discussing vaccination with his mother as he went through high school, even though his own research had convinced him of the importance and safety of vaccines.

"I knew growing up my mom was very anti-vaccine. Because of the legal restrictions, I really wasn't trying to fight her on getting me vaccinated. She believed vaccines could kill me, and so it was not going to be an easy time," Lindenberger said.

When he turned 18, he used the Reddit online discussion board to ask how he should pursue vaccination. Lindenberger's conflict with his parents then became national news.

"When I turned 18, I said, 'Hey, this is my decision now, but I'm still going to communicate that. I'm not going to hide it from you. I want you to understand where I'm coming from," Lindenberger said. "She still didn't respond great, but the fundamental reason I was talking with her in the first place and saying what I thought was out of respect."

Lindenberger's initial decision to get vaccinated, and then become a vaccine advocate, has impacted his relationship with his mom.

"Because of how deep she is in this misinformation and that perspective, it definitely does warp her view of me as a person. What kind of person advocates for [in her view] young people to die and become injured? It's a pretty bad thing to do," he said. "It's definitely caused a divide. Do we talk as much? No. Do we have the same type of relationship? Absolutely not. Do I see her as often? I don't."

Because of her firm beliefs, Lindenberger said he hasn't even bothered to try to convince her to get the COVID-19 vaccine.

"My time and energy is spent talking to people that are hesitant, people that are asking questions, rather than saying they know what's true. I think that's more productive," Lindenberger added.

The Nemours Foundation has recommendations for teens who need to have a difficult conversation with their parents:

The Nemours Foundation has more tips for handling difficult conversations with your parents.