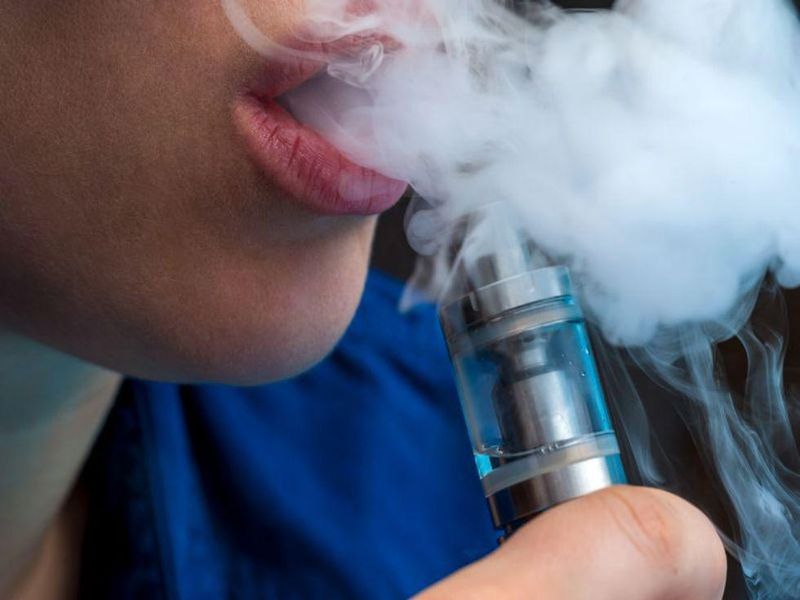 MONDAY, June 7, 2021 (HealthDay News) -- Although the number of teens who use e-cigarettes has dropped significantly, new research suggests that vaping rates are still too high.

"This study underscores that flavored e-cigarettes, especially JUUL, have caused the epidemic of youth e-cigarette use and nicotine addiction in the U.S. and shows why the [U.S. Food and Drug Administration] and other policymakers must act now to eliminate all flavored e-cigarettes," said Matthew Myers, president of the Campaign for Tobacco-Free Kids.

To get around bans on e-cigarettes sold to kids, there was a dramatic shift to fruity-flavored disposable e-cigarettes, such as Puff Bar, and pre-filled menthol cartridge products, which were left on the market by loopholes in U.S. Food and Drug Administration regulations, he said.

"It's alarming that over 7% of high school e-cigarette users wrote in Puff Bar as their usual brand, although it was not named in the survey," Myers said.

For the study, researchers from the U.S. Centers for Disease Control and Prevention surveyed more than 14,500 middle and high school students about their use of e-cigarettes.

Most users got their e-cigarettes from a friend (57% of high school students and 59% of middle school students), reported the researchers, who were led by Teresa Wang, from the CDC's Office on Smoking and Health.

"The evidence is clear that as long as any flavored e-cigarettes remain on the market, we will not end this youth epidemic," Myers said. "The FDA must act to clear the market of all flavored e-cigarettes. And it should reject JUUL's application to keep selling its products, given the unquestionable evidence that JUUL drove the youth e-cigarette epidemic and remains highly popular with kids."

Ivo Abraham, from the Center for Health Outcomes and PharmacoEconomic Research at the University of Arizona, is concerned that this drop in e-cigarette use isn't a trend, but merely a pause in an increasing trend.

"Unfortunately we're going to have to wait two years for the next cycle to come out and really see if this is a trend, or do we see an uptick," he said. "I don't want to be pessimistic, but I want to be cautious and with my eyes open, and that is we need to continue monitoring behavior."

Abraham is also worried that continued e-cigarette use by kids leads to worse health habits as adults.

Putting a dent in teen use of e-cigarettes will take a combination of regulation and education that starts in elementary school, said Abraham, who co-authored an accompanying journal editorial.

He also said that preventing kids from vaping starts at home with parents.

"You have to work with parents -- this is something that needs to be the stuff of parent-teacher conferences, communications from middle schools and high schools and even primary schools to parents to involve parents, grandparents and teachers," Abraham said.

"Remember the country and Western song from the 1970s, well, here's another version: 'Mothers, don't let your kids grow up to be vapers,'" he said.

The report was published online June 7 in the journal JAMA Network Open.

For more on teen vaping, see the U.S. Centers for Disease Control and Prevention.