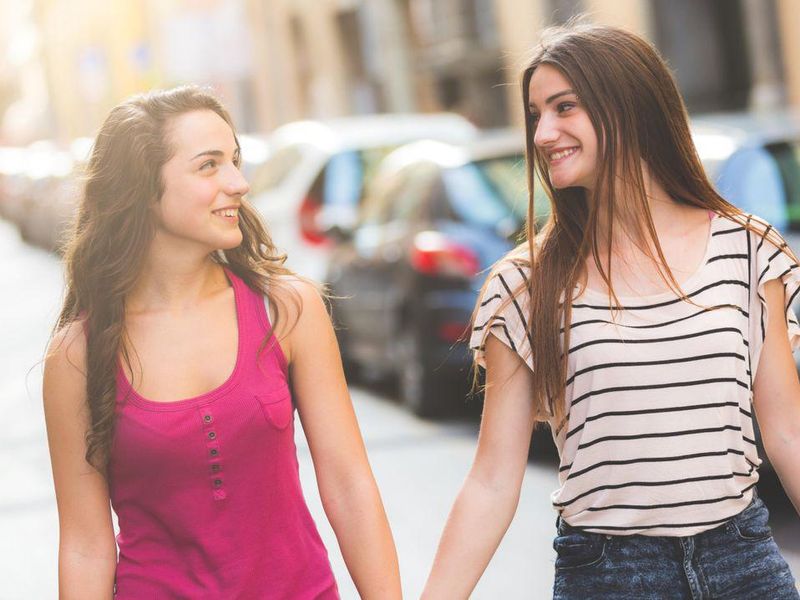 Between 2015 and 2019, the percentage of 15- to 17-year-olds who said they identified as "non-heterosexual" rose from 8.3% to 11.7%, according to nationwide surveys by the U.S. Centers for Disease Control and Prevention.

"Although our analyses demonstrated that there has been a significant increase in the proportion of girls and boys that self-identified as gay, lesbian or bisexual, we cannot be certain if this represents a true increase of this magnitude, or if it reflects at least in part, greater comfort by teens with acknowledging a non-heterosexual identity on an anonymous questionnaire," said Dr. Andrew Adesman, who led an analysis of the findings.

Since 2015, the CDC's Youth Risk Behavior Survey has included questions about respondents' sexual identity and the sex of their intimate contacts. Before 2015, those questions were included only on some regional versions of the survey. Analysis of regional survey data between 2005 and 2015 had shown a rise in non-heterosexual sexual identity for both boys and girls.

In addition to the overall increase, the percentage of boys who identified as non-heterosexual rose from 4.5% to 5.7%. For girls, the increase was greater â from 12.2% to 17.8%, the findings showed.

Dr. Amy Green is vice president of research for The Trevor Project, a nationwide group that provides crisis intervention and suicide prevention services to non-heterosexual youth.

Green noted that young people today have greater access to information and language that can help them understand their identity.

"Gen Z youth also have the most positive attitudes towards the LGBTQ community, which can reduce the stigma associated with identifying in this way," she said.

Green noted that The Trevor Project's own surveys consistently find that young people understand and want to express the nuances of their sexual orientation.

"[This] is why we advocate for the collection of this information in both research and clinical settings, to better inform policies, programs and practices aimed at supporting the well-being of LGBTQ youth," Green said.

Joseph Kosciw is research director of GLSEN in New York City, which has worked for 30 years to help schools become safer and more affirming for LGBTQ students. He hopes this study is reflective of that work and that schools are more welcoming places where students can be themselves.

"I think the climate [in schools] is better and youth are more comfortable," he said. "And I also think that, in general, youth of the current generation are more open to just being who they are."

When LGBTQ students are in supportive school environments, the teen years can be positive for them, he said. For others, school can feel unsafe and not affirming, Kosciw said. Even in such circumstances there can be spaces of hope and comfort, including Gender and Sexuality Alliance clubs, he added.

Supportive school environments include those where students see themselves reflected in protective policies, with the same access to the school and activities as everyone else. That includes locker rooms and bathrooms that align with their gender identity or being allowed to bring a same-sex date to the prom, Kosciw said.

"To the extent students can be a part of school life, they do better in school and they thrive, and so I think it can be an exciting time for many LGBTQ students," he said. "And it really is the responsibility as a school to ensure that, by having their schools be safe and affirming spaces for them."

The increase in teens who identified as non-heterosexual was not matched by a corresponding increase in same-sex intimate contact. Though the survey showed modest increases, they were not large enough to be statistically significant.

Adesman said the likely explanation for the higher proportion of girls who identified as gay or bisexual and corresponding increase in same-sex activity is because the stigma for boys remains far greater than that for girls.

"High school can be a very difficult time for teens in so many ways, and it is especially challenging for teens who identify as gay or bisexual," Adesman noted.

"Knowing that gay and bisexual youth are at greater risk for social isolation and victimization, as well as emotional problems, school personnel and health care professionals need to be more vigilant regarding these concerns for what appears to be an increased proportion of high school students in the U.S.," he added.

The findings were published online June 14 in JAMA Pediatrics.

PFLAG is a resource for those who are LGBTQ, their families and friends.