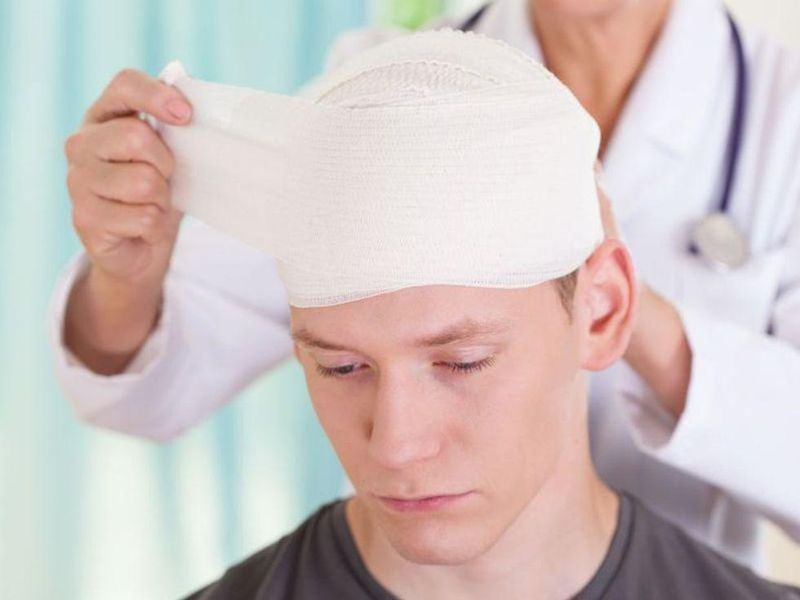 MONDAY, Sept. 13, 2021 (HealthDay News) -- College athletes who suffer a concussion may take as long as a month to recover, not the two weeks considered normal, new research finds.

"Normal return-to-play time was previously set at 14 days â meaning 50% of people recovered in that time," said lead researcher Steve Broglio. He is director of the University of Michigan Concussion Center in Ann Arbor. "Our paper suggests that 28 days more fully encapsulates the recovery process. At that point, 85% of people have returned to play."

Median recovery times were consistent with the 14-day recommendation, the study found. But most athletes were not cleared for unrestricted play until a month after injury, the researchers said.

This doesn't mean schools should change their return-to-play protocols, Broglio added in a university news release.

The current protocols are "driven by clinical presentation (symptoms), not time, so they don't need to be revised," Broglio said.

But, he added, coaches, parents and athletes should adjust their expectations, in part to avoid stigmatizing athletes whose recovery takes more than two weeks.

Changing the recovery time to 28 days helps relieve pressure from teammates, coaches or parents who want to see the player back on the field. It's normal for a concussion to take more than two weeks to heal, Broglio said.

The researchers noted that recovery time was shorter among men; when attention-deficit/hyperactivity disorder medications were used; and for players who had more frequent assessments. Recovery took longer for those with more severe symptoms or who had three or more prior concussions.

The study included nearly 35,000 male and female athletes from 30 colleges and universities. More than 1,700 of them in 22 sports suffered concussions.

Men and women took about the same time to heal, give or take a day, Broglio said.

"Back when I started in concussion research 20 years ago, we'd manage these injuries with a light switch. We'd ask, 'Do you have symptoms?' and if the answer was no, the athlete was put back on the field," he said.

"Gone are the days when concussed athletes are put back in the same day," Broglio added. "Now, we can think of it as a dial, where we slowly progress people back into the sport. Once a player is asymptomatic, it can still take some time. We have to respect the injury and respect the recovery process."

The findings were recently published in the journal Sports Medicine.

To learn more about concussion, visit the U.S. Centers for Disease Control and Prevention.