Heroin ODs Have Started Declining in Some States 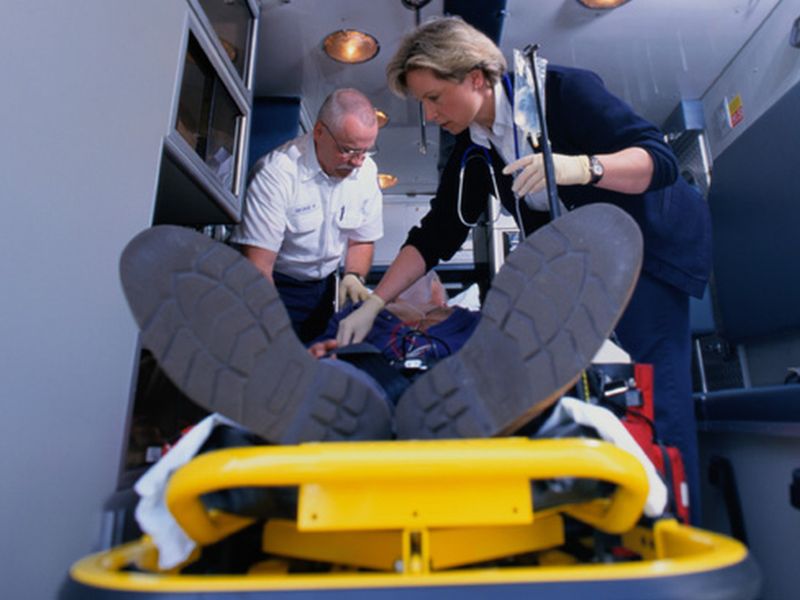 THURSDAY, May 16, 2019 (HealthDay News) -- After years of steady increases, the number of Americans showing up in emergency departments with heroin overdoses is on a downswing, at least in some states.

Between 2017 and 2018, many states saw a dramatic drop in the number of people being rushed to hospitals as a result of a heroin overdose, according to a new report from the U.S. Centers for Disease Control and Prevention.

But the report had a dark side, too: Numbers rose in a handful of states.

Overall, "from 2017 to 2018, heroin overdoses treated in emergency departments in 22 states and Washington, D.C., decreased almost 22%," said study lead author Alana Vivolo-Kantor. She is a health scientist at the CDC's National Center for Injury Prevention and Control.

Some locales that have historically been hardest hit -- such as West Virginia, Ohio and Washington, D.C. -- saw their numbers plummet by more than 50%, the researchers found.

So, what explains the encouraging news?

"First, some of the states now seeing decreases were those that witnessed increases earlier in the epidemic," Vivolo-Kantor said. "It is possible that early intervention and localized responses are starting to pay off."

It's also possible that shifts in the supply chain may be a factor, she said, "since we know heroin drug submissions to the DEA [Drug Enforcement Administration] are decreasing."

Another likely explanation: Wider access to the drug naloxone (Narcan), which can reverse an opioid overdose if administered quickly. It allows bystanders and first responders to intervene where an overdose occurs, instead of at a hospital.

Despite positive trends, Illinois, Indiana and Utah saw "significant" increases in ER-treated heroin overdoses from 2017 through the start of 2018, Vivolo-Kantor noted.

"The increases in several states need to be explored more, but may be related to increasing availability of [the synthetic opioid] fentanyl in the heroin supply," she said. (Fentanyl is 80 to 100 times stronger than morphine, according to the DEA.)

Vivolo-Kantor and her colleagues published their findings in the July issue of the American Journal of Public Health.

The researchers pointed out that drug overdoses are the leading cause of injury-related deaths in the United States, with those resulting from opioids -- including heroin, fentanyl and prescription painkillers -- quadrupling since 1999. In 2017 alone, nearly seven in 10 overdose deaths involved some type of opioid.

The study tallied trends in emergency department handling of heroin overdoses among patients as young as 11, up to and including seniors.

Among places where emergency department-treated heroin overdose numbers fell, the biggest decrease was in the District of Columbia -- almost 68%. The smallest was in Massachusetts -- about 13%.

Declines were seen in both men and women, and across all age groups. The study authors said the trend is "consistent" with stabilizing numbers seen between 2016 and 2017.

By contrast, however, Indiana and Illinois saw emergency department-treated overdoses rise by 12% and 17%, respectively, while Utah experienced a huge spike of nearly 65%.

So, Vivolo-Kantor said it's essential to remain vigilant and monitor changing trends.

Despite some positive findings, Lindsey Vuolo, director of health law and policy at the Center on Addiction in New York City, cautioned that this study may offer a skewed picture of what's happening.

While studies may show a leveling off or even decrease in opioid overdoses, she said far too many people are dying from a preventable and treatable disease. Emerging cocaine and methamphetamine epidemics signal the need for a comprehensive approach to addiction.

"We still have a long way to go to treating addiction as the disease it is," Vuolo said.

For more about the heroin epidemic, visit the U.S. Centers for Disease Control and Prevention.