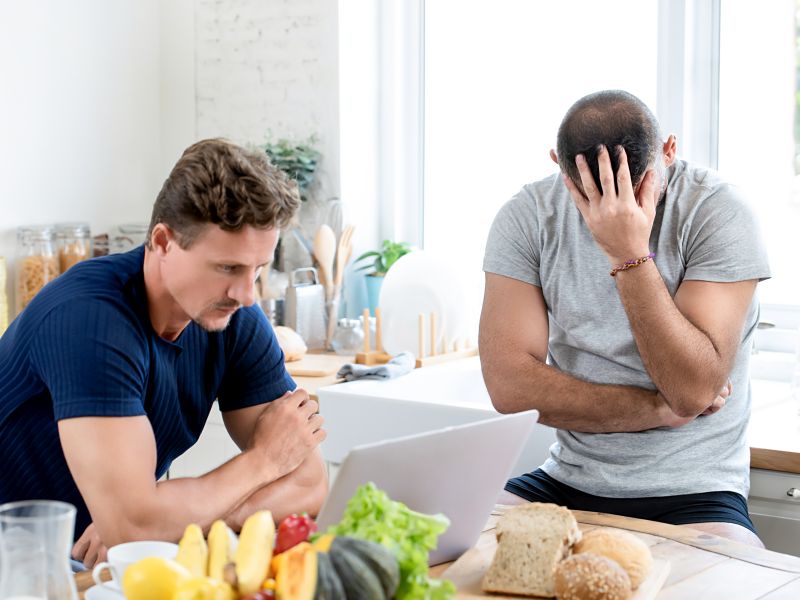 MONDAY, June 8, 2020 (HealthDay News) -- Alcohol and drug use is more common among older adults who identify as lesbian, gay or bisexual than among their straight counterparts, a new study finds.

For the study, New York University (NYU) researchers analyzed 25,880 responses from adults aged 50 and older who participated in a nationwide survey on alcohol and drug use between 2015 and 2017. Of the participants, 2.5% identified as lesbian, gay or bisexual.

Participants were asked about past-year use of substances such as marijuana, alcohol, cocaine and methamphetamine, as well as nonmedical use of prescription opioids, sedatives, stimulants and tranquilizers.

The study was published June 2 in the Journal of General Internal Medicine.

Previous research has shown that LGBTQ teens and young adults are more likely to use substances than their straight counterparts.

"Our research confirms that a higher prevalence of substance use among lesbian, gay, and bisexual adults can continue into later life," said lead author Dr. Benjamin Han. "Such prevalence may be related to stressors like discrimination and stigma based on sexual orientation in addition to stressors related to aging, including social isolation and age-related stigma."

Han is an assistant professor in the division of geriatric medicine and palliative care at NYU Langone Health in New York City.

Senior author Joseph Palamar, an associate professor of population health, said the findings should be used to buttress prevention and harm reduction and not to stigmatize.

"We hope that this new research, published during Pride Month, will remind people about the stressors many people still face in 2020 based on their sexual orientation," Palamar said in a university news release.

The U.S. Centers for Disease Control and Prevention has more on LGBT health.