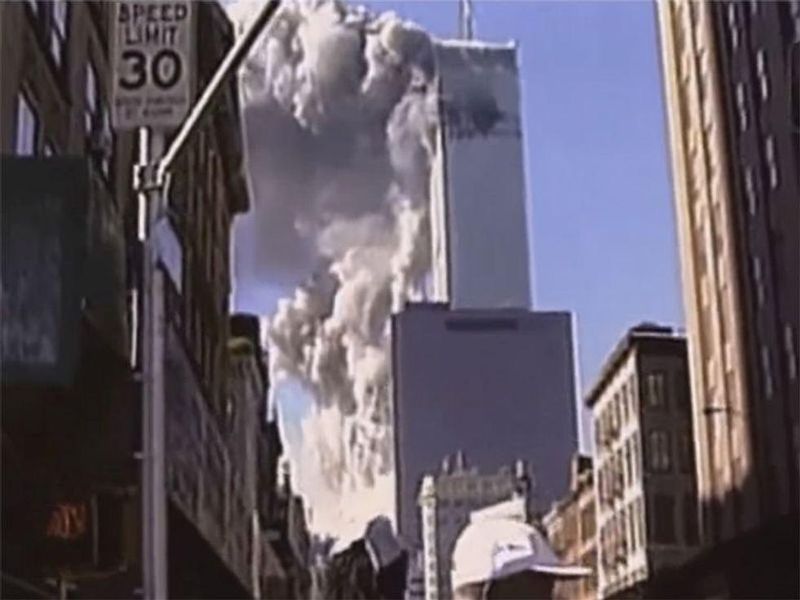 Researchers found higher-than-average rates of prostate cancer among firefighters, medics and other workers who toiled at the disaster site on and after Sept. 11, 2001.

And compared with firefighters from other major U.S. cities, those exposed to the 9/11 disaster had higher risks of both prostate and thyroid cancers.

It's been known that World Trade Center rescue and recovery workers have above-average rates of certain cancers.

In one, researchers found that increased risks of prostate cancer began showing up surprisingly early â a little over five years after responders' exposure to the twin tower site and the toxic dust cloud that enveloped it.

"We were not expecting the latency period to be that short," said senior researcher Charles Hall, a professor at Albert Einstein College of Medicine in New York City.

Often, cancer has a long latency â meaning it develops many years after a person's initial exposure to a carcinogen.

Hall said the new findings suggest "we should not assume all cancers have a long latency period."

And that, he said, could inform medical follow-up of responders to other large-scale disasters, such as major wildfires.

"This implies that when we have a disaster like this, we may want to establish surveillance sooner," Hall said.

The other study compared New York City firefighters who responded on 9/11 with firefighters in other big U.S. cities. It found that compared with their colleagues, 9/11 firefighters had a 13% higher risk of developing any type of cancer over the next 15 years.

Two specific cancers stood out: New York City firefighters had more than double the risk of thyroid cancer, and a 39% higher risk of prostate cancer. They were also typically about four years younger when diagnosed with cancer, the researchers reported.

Hall also worked on that study. He said the findings bolster the case that exposures on 9/11 â and not only the general occupational exposures of being a firefighter â are contributing to cancers in some responders.

Both studies were published Sept. 10 in the journal Occupational and Environmental Medicine.

A federal law passed in 2010 created the World Trade Center Health Program to provide health care to 9/11 responders and civilian survivors of the attack. Among its benefits are cancer screenings.

He agreed that the period between exposure and increased risk of prostate cancer was shorter than expected.

As it stands, though, there are no special screening recommendations for World Trade Center responders or survivors. They're "identical" to what's advised for the public in general, said Calvert, who wrote an editorial published with the studies.

When it comes to prostate cancer screening, men aged 55 to 69 are generally advised to talk to their doctor about whether it's right for them.

In the new study that focused on prostate cancer, Hall's team looked at data on nearly 54,400 men who responded to the World Trade Center disaster â including firefighters, police, paramedics, construction workers, volunteers and clean-up workers.

Overall, 1,120 men were diagnosed with prostate cancer through 2015. Up until 2006, responders' risk of the disease was no greater than that of New York State men in general.

But that changed starting in 2007, when their risk rose to be 24% higher than the norm. And firefighters who'd arrived the morning of 9/11 appeared to be at greater risk than workers who arrived later.

Hall said that's suggestive of a "real effect" of exposure to the toxic plume at the site. The massive cloud is known to have contained cancer-causing substances such as dioxins, asbestos, benzene and polychlorinated biphenyls (PCBs), Hall noted.

He advised 9/11 responders to get into the health monitoring program if they haven't already. "There's no reason not to, even if you're healthy â or especially if you are," Hall said.

Calvert said the program "remains steadfast in its mission."

"Among the [program's] successes are its efforts to ensure excellence and efficiency in the delivery of medical monitoring and treatment, for both physical and mental health conditions related to 9/11 exposures," he said.

The U.S. Centers for Disease Control and Prevention has more on the World Trade Center Health Program.