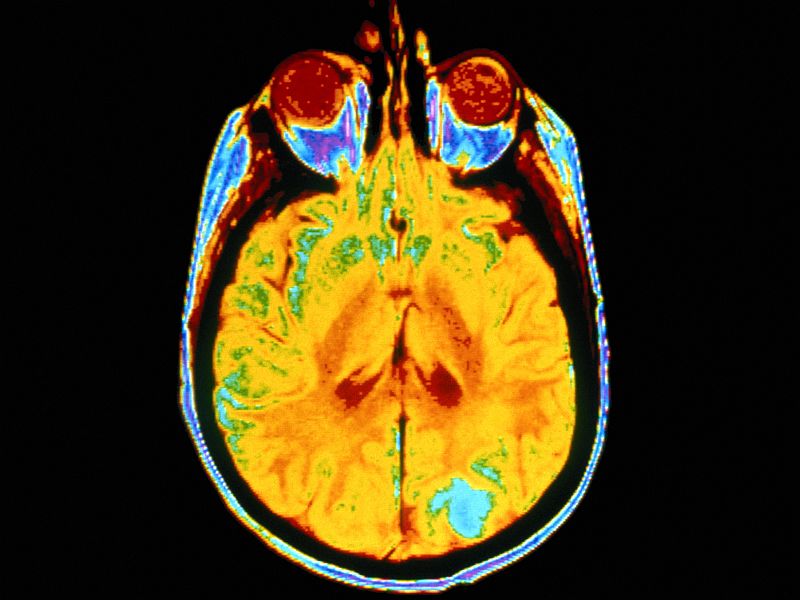 WEDNESDAY, Aug. 21, 2019 (HealthDay News) -- Could a pacemaker for the brain improve the memories of people with dementia or Alzheimer's disease?

New research suggests it might be possible one day: Electrical stimulation directed at key memory regions of the brain created intense flashbacks in some Alzheimer's patients, including sensations of emotions, smells, taste and temperature.

In one case, a patient suddenly recalled "an entire experience of being inebriated while drinking a margarita at a resort in Aruba," researchers said. In another, a man had a vivid flashback of feeling very full after eating sardines on his front porch two decades previously.

In fact, about half of the 42 Alzheimer's patients in the clinical trial experienced electrically induced flashbacks from decades prior, stretching back as far as the Vietnam War era, said lead researcher Dr. Wissam Deeb, an assistant professor of neurology at the University of Florida.

"These memory recollections were very vivid for some people," Deeb said. "They were associated with a lot of emotional content when patients remembered them, because they were memories they hadn't even thought of for such a long time."

Researchers cautioned that the deep brain stimulation did not create overall improvement in patients' thinking, reasoning or memory abilities.

However, these induced memory recalls could help scientists better understand how memory works and thus lead to therapies that might improve memory in people with dementia, Deeb added.

Deep brain stimulation involves drilling a hole in the skull and running electrical leads into specific areas of the brain. This therapy already is being used to help treat the movement symptoms associated with Parkinson's disease, most notably in actor Michael J. Fox.

The stimulation did improve memories, but not in the way researchers expected.

People's overall ability to recall memories did not improve, but 20 of the patients reported having vivid flashbacks of previous events in their lives.

"As the voltage of stimulation was increased, the intensity of the memory or the vividness of the memory was more detailed, including information about emotion, smell and taste," Deeb said.

In one example, a 7-volt stimulation prompted a patient to recall "helping a guy find something on his property." With an increase to 8 volts, the memory sharpened to include the presence of the man's son. At 10 volts, the patient remembered that the event occurred at night around Halloween.

"It's very unclear what the clinical significance is of these memory recollections, but they at least help us with understanding how memory forms and which portions of the brain seem to be related to retrieving and forming memories," Deeb said.

Researchers now are analyzing images of the patients' brains in detail, so they can more accurately identify the brain regions stimulated by the voltage, Deeb said. A second phase of the study is underway.

"It occurs to me, given what we do know about the fornix, it's the major output from the hippocampus and the hippocampus is where you see some of the earliest changes in Alzheimer's disease," said Fargo, who wasn't part of the study. "It's a reasonable thought to have that adding activity to the fornix might prove beneficial.

"As people get older and lose those memories from earlier and earlier in their life, this could hold some promise for holding onto those memories longer," Fargo continued. "This would seem to indicate that the memories are still there, it's a matter of whether the hippocampus is strong enough to stimulate the rest of the brain to find them and bring them back, to allow that kind of recall."

But Fargo added that it's not clear whether this sort of stimulation would better help people with Alzheimer's or people suffering from some kind of amnesia.

"The way the brain works and the way memory works is still a mystery in many ways," Fargo said. "It's unpredictable what the benefits of this will be ultimately, but it is predictable there will be benefits."

The study was published Aug. 22 in the New England Journal of Medicine.