AHA News: What Are Researchers Doing to Stop Dementia? 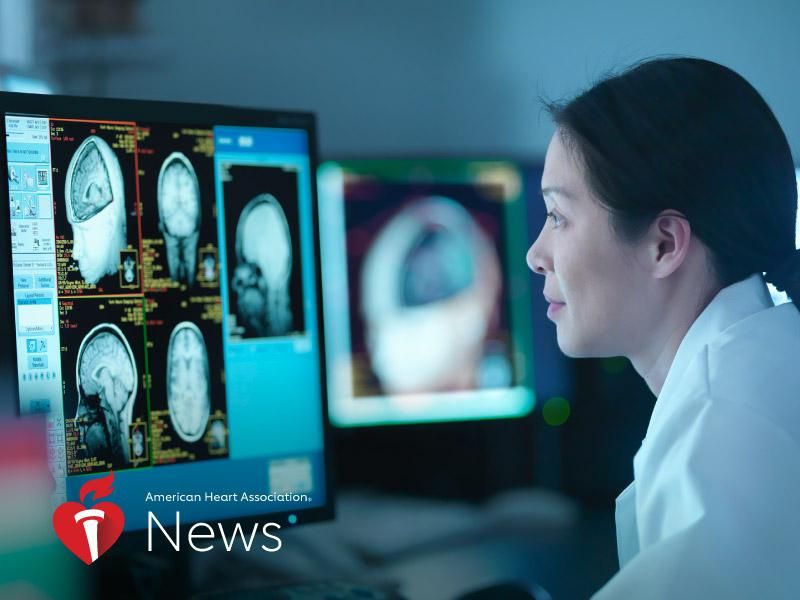 FRIDAY, Aug. 27, 2021 (American Heart Association News) -- They are words nobody wants to hear: Alzheimer's disease and dementia. As the population ages, a growing number of older adults gradually lose cherished memories and the ability to think and, ultimately, to perform even the most basic functions of daily living.

Researchers say dementias are so varied and complex, there remain more questions than answers when it comes to how to thwart them.

"This is a condition with multiple pathologies," said Cynthia Lemere, immediate past chair of the medical and scientific advisory group of the Alzheimer's Association. "There's a lot of research going on right now."

While there are many causes of dementias, much of the research revolves around Alzheimer's, which accounts for 60%-70% of all cases. According to the Alzheimer's Association, more than 6.2 million people are living with Alzheimer's disease, a number expected to double by 2050.

The federal government spends about $3.1 billion annually on Alzheimer's research. Another $250 million comes from the Alzheimer's Association, and last year the American Heart Association announced a joint brain health research project with Bill Gates, as well as support for a global networking effort among research centers to accelerate early detection and treatment of Alzheimer's and related dementias.

Many drugs are being tested. Some work by going after what is considered one of the hallmarks of the disease â beta-amyloid protein. When this protein builds up in the brain, it clumps together to form plaques that stick in between nerve cells, interfering with the cells' ability to communicate.

Lemere, an associate professor of neurology in the Ann Romney Center for Neurologic Diseases at Brigham and Women's Hospital and Harvard Medical School in Boston, has spent the past two decades working on an Alzheimer's vaccine and antibodies that would attack amyloid plaques.

While trials have shown some potential, it has been difficult to get sufficient amounts of antibodies to cross the blood-brain barrier, she said. Nonetheless, "there are three or four drugs in this class coming down the pipeline that look promising." A drug that targets amyloid plaque received conditional approval from the Food and Drug Administration this summer and requires further testing to verify its benefits.

A newer area of investigation focuses on drugs to stop the spread of a protein called tau, needed to stabilize the structure of nerve cells. In the brains of people with Alzheimer's disease, tau changes its structure and aggregates inside the cells, causing tangles to form. The tangles block nutrients and any communication from moving through the cells, which eventually die. That's when symptoms appear.

"Alzheimer's disease doesn't start when you begin to see memory loss. It starts 15-25 years earlier, when these plaques and tangles are forming," Lemere said. "When you have them both for a long period of time, neurodegeneration starts."

So far, researchers have seen the best results with patients who are in the earliest stages of Alzheimer's, Lemere said. "Previous clinical trials have shown that these drugs do not work well for people with moderate to severe Alzheimer's disease. If someone has already lost 40% of their hippocampal neurons, clearing plaque won't bring those back. That's why we still need to continue to find ways to help those in later stages of the disease."

What's causing beta-amyloid to accumulate in the first place remains unclear. Some believe it may be an immune system response to viral infections, such as herpes, and may even be linked to the bacteria in gum disease.

"It turns out that amyloid plays a role in protecting the brain from infection," said Dr. Mitchell Elkind, immediate past president of the American Heart Association. He is a professor of neurology and epidemiology at Columbia University Irving Medical Center in New York City.

When an infection attacks the brain, beta-amyloid may be overproduced as part of an immune response, he said. One avenue of investigation hypothesizes that anti-viral agents could therefore prevent Alzheimer's or slow progression of the disease based on the theory that "if we eliminate the inciting insult of the infection, perhaps we can decrease the amount of amyloid. That's an exciting possibility."

Studying COVID-19 may help, Elkind said. "For those of us interested in the concept that infections may worsen dementia, COVID provides a great model because there is so much of it around. It can help us answer the question of whether a virus can cause long-term cognitive decline. We don't know yet."

When viruses and bacteria activate the immune system, they also produce inflammation, which researchers believe contributes to plaque development.

"Inflammation is a hot button now for Alzheimer's disease research," Elkind said. Investigators are exploring whether anti-inflammatory agents can be used to ward off symptoms.

Lemere said she believes the most promising approach may be combinations of drugs that help the immune cells in the brain do their job while tamping down inflammation.

"That is going to be the wave of the future," she said. "Maybe an anti-inflammatory agent with a tau antibody to prevent the downstream neurodegeneration."

But even if researchers succeed in developing drugs that clear the brain of amyloid plaques and tau tangles, it won't stop other forms of dementia, said Dr. Mary Sano, director of the Alzheimer's Disease Research Center at Mount Sinai Health System in New York City.

About 10% of dementias are vascular â they're linked to strokes or issues with poor blood flow to the brain. Others have mixed dementia, which can be a combination of Alzheimer's, vascular and other less common types of dementia.

Sano's center works with people who often develop dementias related to Type 2 diabetes and heart disease risk factors, such as high blood pressure, and these "have a very different profile of cognitive deficits." For example, people with diabetes begin with greater problems with executive functions, such as the ability to plan and organize. Memory may be less impaired.

This has to start early, Elkind said. "It's not your blood pressure in your 70s and 80s that causes dementia, but what it was in your 40s and 50s."

One of the best things people can do is exercise, Lemere said. "It promotes cardiovascular health, which is related to brain health. It's anti-inflammatory and it promotes better sleep. Lack of sleep is a risk factor for Alzheimer's disease, and exercise is one of the biggest ways people can stave off or reduce their risk for dementia."