AHA News: Hearing Loss and the Link to Dementia 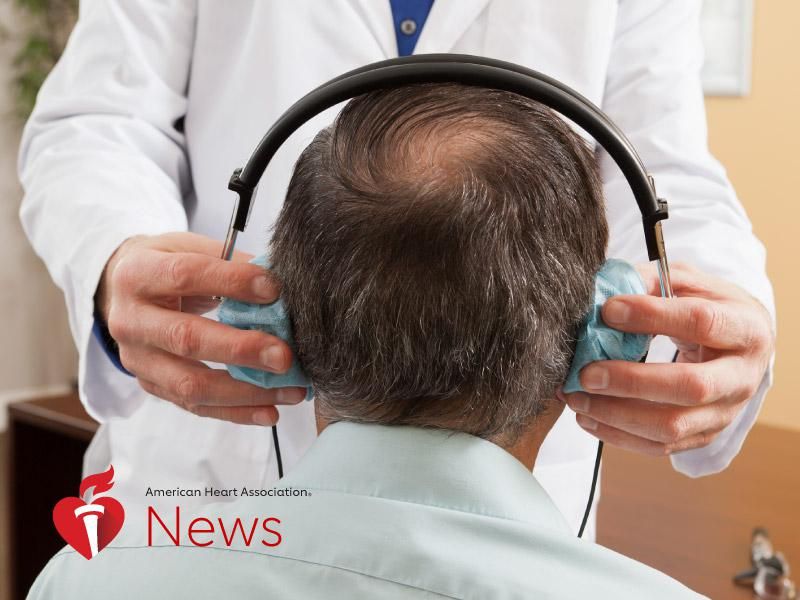 THURSDAY, Oct. 21, 2021 (American Heart Association News) -- Hearing loss is a natural part of aging nobody likes to admit is happening. But happen it does â and ignoring it comes with a cost. It could put you at risk for another feared consequence of aging: dementia.

"The greater your hearing loss, the more likely you are to develop dementia," said Dr. Alexander Chern, an ear, nose and throat doctor at New York-Presbyterian Hospital in New York City.

By age 70, research shows 2 in 3 U.S. adults have lost some hearing. Yet the vast majority â more than 80% â fail to seek treatment. Age-related hearing loss is the largest modifiable risk factor for dementia, according to a 2020 report from the Lancet Commission on dementia prevention and care. Hearing loss in midlife accounts for an estimated 8.2% of all dementia cases.

But why that is remains unclear.

Just as there are many causes for dementia, there also are many potential mechanisms linking hearing loss to a decline in brain health, experts say. And as with dementia, it's possible more than one is operating at the same time, said Timothy Griffiths, a professor of cognitive neurology at Newcastle University in Newcastle Upon Tyne, England.

One possibility is that the same disease process causing hearing to deteriorate is likewise harming cognition, said Griffiths, who co-authored a 2020 study in the journal Neuron reviewing evidence linking the two. For example, the small strokes that cause vascular dementia could be affecting the inner ear, he said. Another possibility is that hearing loss decreases activity in key regions of the brain responsible for thinking, leading to an increase in neurodegeneration.

"It could be there's a boosting effect on the brain from being able to hear, which allows you to better process auditory signals and experience speech and communication and emotional communication," he said. "Impoverished input leads to impoverished brain reserve, so that leads to a higher risk for dementia."

A third possibility is that hearing loss forces a person to drain other cognitive resources, Griffiths said. "A large number of studies suggest listening under difficult conditions makes it harder to carry out other tasks that require attention. You have to use a lot more brain effort to listen to things, and that brain effort is taking away from the amount of resource you might devote to other activities."

Whether treating hearing loss would slow or stop the progression to dementia remains unclear.

"We cannot definitively say that yet," said Chern, who co-authored a 2021 review published in The Laryngoscope about research on the effectiveness of hearing aids for lowering dementia risk. There is some evidence hearing aids may protect people with hearing loss and mild cognitive impairment from further decline, he said. "But the data is mixed."

Chern's review article nonetheless concluded hearing aid use should be encouraged, because it can only help, not harm, those with hearing loss. The Lancet Commission report also encourages the use of hearing aids to lower dementia risk.

Part of the reason for the mixed results, Griffiths said, could be that so many potential pathways are involved.

"If you restore hearing, you are no longer listening under difficult conditions, so if that's the problem, the dementia risk might be removed," he said. But, if difficult listening is triggering the disease process responsible for dementia, "it could already be too late."

Though researchers are still unclear why it happens or how to reduce it, they say there's strong evidence of the link between hearing loss and dementia.

Hearing loss also can make it harder for people to socialize â and social isolation has been shown to raise the risk for dementia by roughly 50%.

Wearing a hearing aid can reduce social isolation, but people resist doing so because "there is a lot of perceived stigma. They think they will be seen as old or disabled," Chern said.

"But in reality, people are more likely to think you're old if you can't hear them."