Reminder Apps on Smartphones May Help in Early Dementia 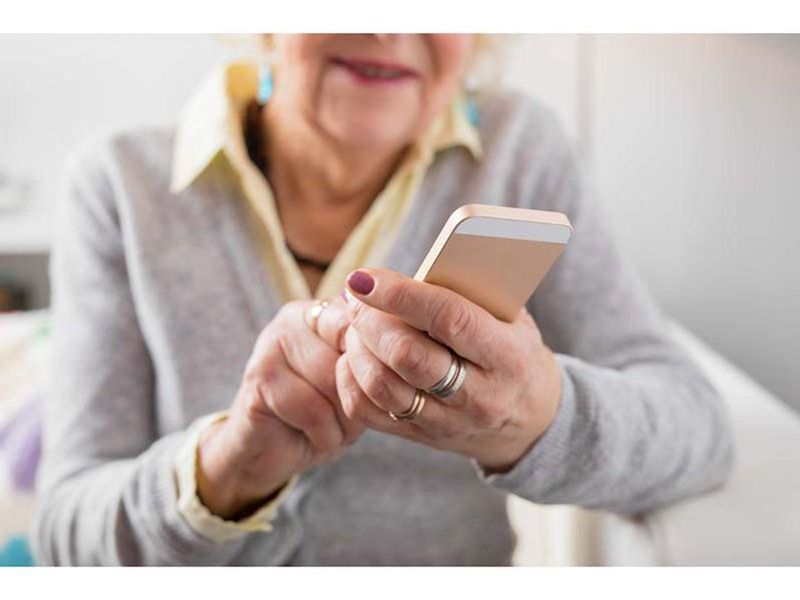 THURSDAY, Nov. 18, 2021 (HealthDay News) -- Despite stereotypes about seniors and technology, a small study suggests that older adults in the early stages of dementia can use smartphone apps as memory aids.

The researchers found that older people with mild impairments in memory and thinking were not only able to learn how to use the apps, they said the digital aids made their daily lives easier.

The apps were not specially designed. The study tested the effects of two basic smartphone features: a reminder app that gives notifications of a scheduled event and a digital recorder app (such as the voice memo app on iPhones).

"We weren't trying to reinvent the wheel," said lead researcher Michael Scullin, an associate professor of psychology and neuroscience at Baylor University in Waco, Texas.

For the 52 older adults in the study, both types of apps turned out to be user-friendly, and helped with remembering daily tasks. By the end of the four-week trial, participants were giving higher ratings to their quality of life.

"We were pleased to see that it actually improved their daily lives," Scullin said.

It did take some coaching. Each participant was given a training session not only in using the app, but the smartphone, too.

Scullin said most had owned a smartphone prior to the study, but typically did not use it much.

"Maybe that was because no one had ever walked them through the steps," he said.

Scullin's team started with the basics â including how to turn the phone on â and then progressed to lessons on the phone's standard memory-aid app.

"It's not 'too hard' for them to learn," Scullin said.

There may be a stereotype that older adults are adverse to technology. But that's a myth, according to Dr. Howard Fillit, founding executive director of the nonprofit Alzheimer's Drug Discovery Foundation.

"I don't think the data show that older adults can't or don't want to use technology," said Fillit, who was not involved in the study.

For one, he noted, many seniors see technology as a way to stay socially engaged.

But beyond that, Fillit said, there is growing interest in using digital technology to support older adults' health â the Apple Watch, and its ability to detect certain heart arrhythmias, being one example.

And, in fact, Fillit said, research is already underway to develop digital technologies that can help detect Alzheimer's sooner, by collecting data on users' behavior and mental performance.

Part of what's noteworthy about the new study, according to Fillit, is the focus on practicality.

"It addresses a common and prevalent problem in people with mild cognitive impairment," he said.

And that, basically, is remembering to do routine tasks, like taking medications or making an important phone call.

The study â published Nov. 17 in the Journal of the American Geriatrics Society â involved older adults who had been diagnosed with either early-stage dementia or mild cognitive impairment. The latter refers to difficulties with memory or other mental skills that may progress to dementia.

Participants were randomly assigned to use either the reminder app or the digital voice recorder app that was standard for their phone. Those using the recorder app were encouraged to record "intentions," such as, "When it is 7 p.m., then I will call my brother."

Twice a week, participants were asked to call a research phone number on a specific day and take photos at a specific location.

On average, both app groups accomplished about half of those assignments. That compares with a 20% rate in past studies where people with mild impairment were assigned similar memory tasks, according to Scullin's team.

And most participants â two-thirds â reported an improvement in their daily memory performance.

There are caveats. Fillit said that people with early dementia, versus mild cognitive impairment, could have more difficulty with smartphone apps.

And for some seniors, Scullin said, carrying a phone could present a fall risk. Putting the phone in a pocket when moving, so that both hands are free, would be important, he noted.

Beth Kallmyer is vice president for care and support at the Alzheimer's Association.

She said the group "encourages the use and further development of new technologies that can assist people living with Alzheimer's."

For people in the early stages of dementia, Kallmyer said, technologies like smartphone and GPS (global positioning systems) could help them navigate some challenges of the disease.

As dementia progresses, however, things change. "Even the best technologies will hold no benefit for those who lack the cognition to use or understand them," Kallmyer said.

Scullin said his team plans to do a longer-term study to see how well memory apps continue to serve people with milder impairment over time.

The Alzheimer's Society has more on dementia and technology use.