Only 1 in 10 Kids With ADHD Will Outgrow It 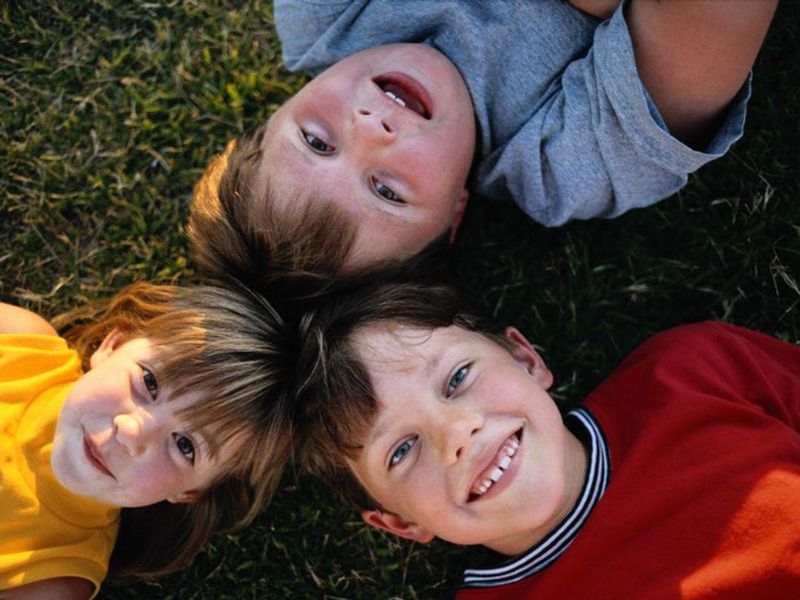 WEDNESDAY, Aug. 18, 2021 (HealthDay News) -- Struggling with attention-deficit/hyperactivity disorder (ADHD) as a child is heart-breaking enough, but now new research confirms what many have long suspected: These patients will often continue to be plagued by ADHD symptoms as adults.

Only about one in 10 kids with the disorder are likely to have a full and lasting remission of their symptoms, according to new data gleaned from tracking hundreds of kids for 16 years.

The rest will have ADHD symptoms fade in and out as they grow from children to teens to adults, said lead researcher Margaret Sibley, an associate professor of psychiatry and behavioral sciences at the University of Washington School of Medicine, in Seattle.

These new findings run counter to previous estimates that as many as half of ADHD children could be expected to recover completely from the disorder, Sibley noted.

"ADHD is sort of a waxing and waning or a dynamic, fluctuating disorder, whereas previously we've historically thought about it as something you either have or you don't have," Sibley said.

Previous studies of ADHD tended to only reconnect with kids at one point in adulthood, Sibley said. But in this new study, researchers touched base with a group of 558 children aged 8 to 16 every two years.

"This was a study uniquely positioned not only to see if ADHD went away, but if it would go away long-term, multiple years in a row, and also if it would come back," Sibley said.

The new research also focused on symptoms of ADHD, asking participants about specific problems like disorganization, impulsivity, forgetfulness and lack of motivation.

"Earlier studies didn't necessarily look at whether someone still had ADHD-like tendencies, even if they technically no longer met criteria" for a diagnosis of ADHD, Sibley said. "You can be one symptom short, but still look like you pretty much have ADHD."

Sibley and her team found that as many as 30% of the kids with ADHD would experience a full remission at some point during their passage into adulthood.

However, most of those kids would later experience a recurrence of their ADHD symptoms as their remission faded. Overall, about two-thirds of children with ADHD had fluctuating periods of remission and recurrence over time.

The new study was published online Aug. 13 in the American Journal of Psychiatry.

According to Dr. Alex Kolevzon, director of child and adolescent psychiatry with the Icahn School of Medicine at Mount Sinai in New York City, "This is an important and rigorously conducted study that supports what clinicians who work with individuals with ADHD have known for decades â the vast majority of affected people do not outgrow symptoms as previously assumed."

One crucial caveat: The kids in this study had all been diagnosed with "ADHD combined type," and these findings shouldn't be applied to kids with "ADHD inattentive type" or other subtypes of the disorder, warned Dr. Andrew Adesman, chief of developmental and behavioral pediatrics at Cohen Children's Medical Center in New Hyde Park, N.Y.

"Importantly, this study tells us nothing about the long-term outcomes of individuals with the inattentive form of ADHD â those who have impaired function due to difficulties with sustained attention but who do not have significant issues with overactivity or impulsivity," Adesman said.

Sibley said that it's been long known that there are genetic underpinnings to ADHD.

"Those genes have to do with the parts of the brain that are associated with the chemical dopamine, which translates into how people's brains function with respect to their executive function and the motivational areas of the brain," Sibley explained.

Given that, it makes sense that the disorder would come and go in many patients, since it's driven partially by a person's biology, Sibley said.

But that's only part of the story. As with other illnesses that come with intermittent flare-ups, doctors are learning that specific "triggers" can exacerbate a person's ADHD symptoms, she noted.

"What's interesting to start thinking about is how you can essentially turn up or turn down the volume on those difficulties that you do have a genetic tendency towards, as a result of other things that might be going on in your environment or things like your health behaviors," Sibley said.

Managing ADHD symptoms could be as simple as getting good sleep, exercising and eating right, or as profound as choosing a career that is less likely to stress you out or trigger your disorder, the doctors said.

"People with ADHD presumed to be in remission still require consistent monitoring, especially under stressful or high-demand circumstances when symptoms may become exacerbated," Kolevzon said. "These findings also highlight the need for physicians who work with adults to become comfortable screening for and treating ADHD. ADHD persists across the lifespan and is a highly debilitating disorder associated with significant impact on work, relationships and day-to-day functioning that can be effectively addressed with treatment."

Sibley thinks that this research ultimately provides a positive message for people with ADHD, by giving them a chance to proactively manage their symptoms.

The U.S. Centers for Disease Control and Prevention has more about ADHD.