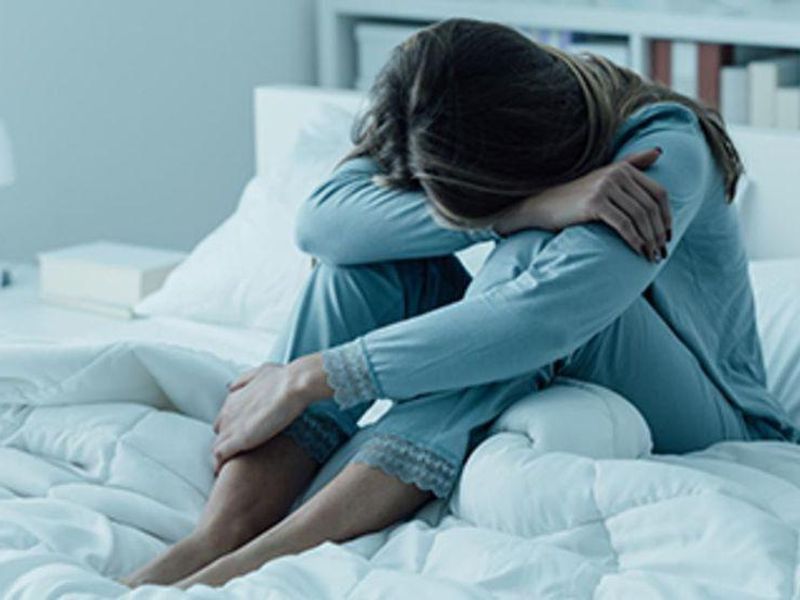 MONDAY, Dec. 13, 2021 (HealthDay News) -- A new study confirms yet another consequence of the pandemic for children and teenagers: Eating disorders, and hospitalizations for them, rose sharply in 2020.

The study of six hospitals across Canada found new diagnoses of anorexia nearly doubled during the first wave of the COVID-19 pandemic. And the rate of hospitalization among those patients was almost threefold higher, versus pre-pandemic years.

The findings add to three smaller studies from the United States and Australia â all of which found an increase in eating disorder hospitalizations during the pandemic.

The current study, however, focused only on kids with a new diagnosis of anorexia, said lead researcher Dr. Holly Agostino, who directs the eating disorders program at Montreal Children's Hospital.

Those young people, she said, may have been struggling with body image, anxiety or other mental health concerns before the pandemic â then met their tipping point during it.

"I think a lot of it had to do with the fact that we took away kids' daily routines," Agostino said.

With everything disrupted â including meals, exercise, sleep patterns and connections with friends â vulnerable children and teens may have turned to food restriction. And since depression and anxiety often "overlap" with eating disorders, Agostino said, any worsening in those mental health conditions could have contributed to anorexia in some kids, too.

At any given time, about 0.4% of young women and 0.1% of young men are suffering from anorexia, according to the New York City-based National Eating Disorders Association. The eating disorder is marked by severe restriction in calories and the foods a person will eat â as well as an intense fear of weight gain.

The new findings, published online Dec. 7 in JAMA Network Open, are based on data from six children's hospitals in five Canadian provinces.

Agostino's team looked at new diagnoses of anorexia among 9- to 18-year-olds between March 2020 (when pandemic restrictions took hold) and November 2020. They compared those figures with pre-pandemic years, going back to 2015.

During the pandemic, hospitals averaged about 41 new anorexia cases per month â up from about 25 in pre-pandemic times, the study found. And more newly diagnosed kids were ending up in the hospital: There were 20 hospitalizations a month in 2020, versus about eight in prior years.

Dr. Natalie Prohaska is with the Comprehensive Eating Disorders Program at the University of Michigan Health C.S. Mott Children's Hospital, in Ann Arbor.

In a study earlier this year, she and her colleagues reported their hospital saw a spike in eating disorder hospitalizations over the first 12 months of the pandemic. Admissions for eating disorders more than doubled, versus 2017 through 2019.

Prohaska said the new findings underscore the fact that across countries, "adolescents are struggling" with mental health issues.

She agreed the major disruptions to kids' normal routines likely contributed to the rise in eating disorders.

Those who were already dealing with body image issues were suddenly "caught in a vacuum," Prohaska said, and that may have exacerbated the situation.

Plus, she noted, kids and adults alike were hearing dire messages about pandemic weight gain.

"There were even references to the 'COVID 15,'" Prohaska said. "Kids didn't need that on top of everything else."

Studies so far have looked at eating disorder trends in 2020. It's not clear how things stand now, with kids back in school.

But both Agostino and Prohaska said their eating-disorder programs remain busier than pre-pandemic times.

"Wait-list times are through the roof," Agostino said.

The programs are seeing kids who were diagnosed earlier in the pandemic, as well as a continuing stream of new cases.

"Eating disorders take time to brew," Prohaska noted. So there are kids just coming into treatment who say the pandemic was a "trigger" for them, she said.

Agostino made the same point, saying eating disorders "do not go from 0 to 100."

That, she said, also means parents have time to notice early warning signs, such as a child becoming "rigid" about food choices or exercise, or preoccupied with weight.

Parents can talk to their kids about those issues â reassuring them that it's fine to skip an exercise routine, for example â and bring any concerns to their pediatrician, according to Agostino.

She said pediatricians should also have eating disorders on their radar, and screen for them if a child or teenager has lost weight rapidly.