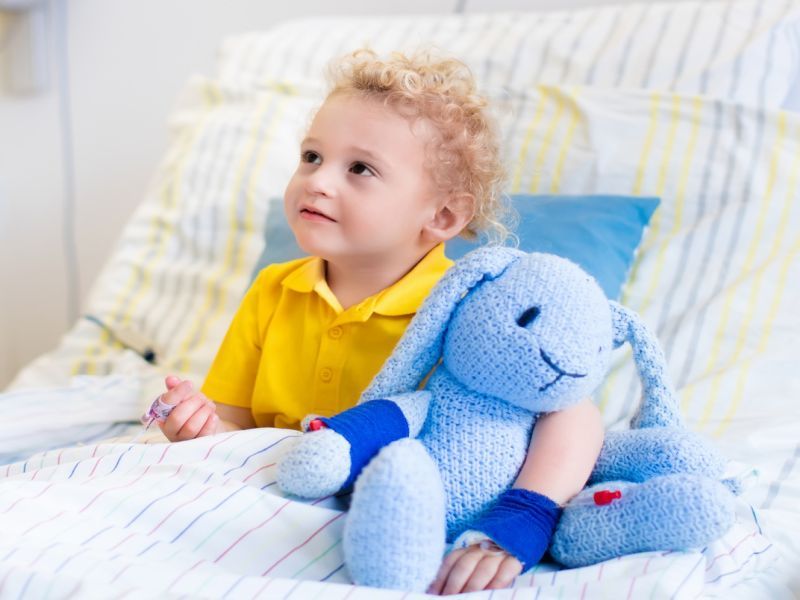 THURSDAY, March 18, 2021 (HealthDay News) -- Calls to U.S. poison centers about incidents involving children and high-powered magnets surged more than 400% after a court overturned a ban on the magnets, a new study finds.

"Regulations on these products were effective, and the dramatic increase in the number of high-powered magnet related injuries since the ban was lifted - even compared to pre-ban numbers - is alarming," said Dr. Leah Middelberg. She's lead author of the study and emergency medicine physician at Nationwide Children's Hospital, in Columbus, Ohio.

The small magnets began showing up in toys in the early 2000s and have caused thousands of injuries. They're considered among the most dangerous ingestion hazards in kids, because when more than one is swallowed, the magnets attract to each other across tissue, cutting off blood supply to the bowel and causing obstructions, tissue death, sepsis and even death, according to Nationwide Children's.

In 2012, the U.S. Consumer Product Safety Commission (CPSC) halted sale of high-powered magnet sets and ordered a recall. Then it introduced a rule that effectively eliminated their sale, but the U.S. Court of Appeals overturned the rule in December 2016.

In this study, researchers analyzed calls to U.S. poison centers from 2008 through October 2019 for magnet exposures in children aged 19 years and younger. The average annual number of cases fell 33% between 2012 to 2017 due to the ban, but rose 444% after it was lifted.

There was also a 355% increase in the number of cases that were serious enough to require hospital treatment. Cases from 2018 and 2019 increased in all age groups and accounted for 39% of magnet cases since 2008.

"Regulations on these products were effective, and the dramatic increase in the number of high-powered magnet-related injuries since the ban was lifted â even compared to pre-ban numbers â is alarming," Middelberg said in a hospital news release.

Nearly half (48.4%) of patients were treated at a hospital or other health care facility while 48.7% were managed at another site, such as a home, workplace or school. Older kids were more likely than younger ones to be admitted to the hospital.

The study was published online recently in the Journal of Pediatrics.

Middelberg noted that parents don't always know if their child swallowed something or what they swallowed.

"They just know their child is uncomfortable â so when children are brought in, an exam and sometimes X-rays are needed to determine what's happening," she said in a hospital news release. "Because damage caused by magnets can be serious, it's so important to keep these kinds of magnets out of reach of children, and ideally out of the home."

The researchers support federal legislation to limit the strength and/or size of magnets sold as part of a set, as well as reinstatement of a CPSC federal safety standard that would effectively restrict sale of magnet products.