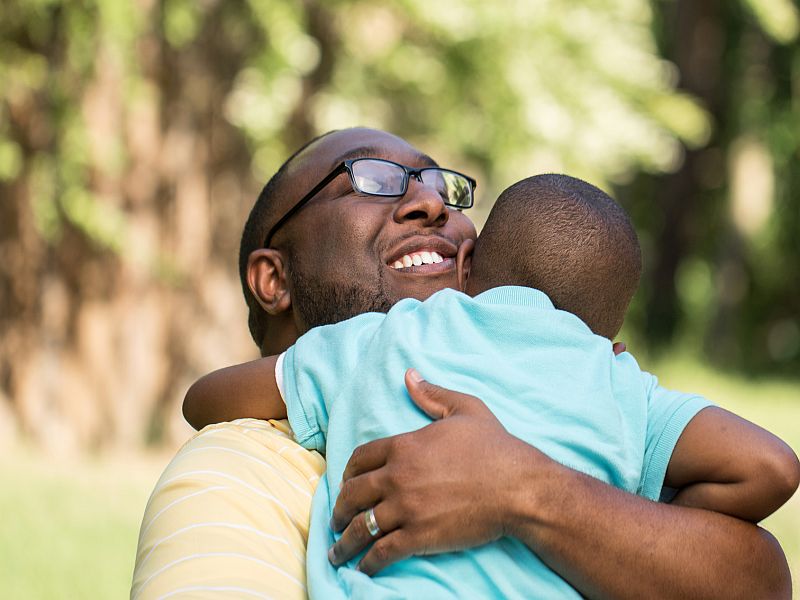 MONDAY, Sept. 9, 2019 (HealthDay News) -- Kids who grow up confident that their parents, friends and community have their back are far less likely to struggle with depression or other serious mental health issues as adults, new research indicates.

The survey of nearly 6,200 adults also found that bad experiences, such as emotional or physical abuse, don't inevitably doom kids to a difficult adulthood. When children who have experienced such traumas are nurtured by family love and friendship, they are more likely to overcome them and develop healthy relationships later in life, the researchers said.

"We believe our study offers the hopeful possibility that children and adults can thrive despite their accumulation of negative childhood experiences," said study lead author Christina Bethell, a professor of population, family and reproductive health at Johns Hopkins University in Baltimore.

And that, she added, "points to the need to foster nurturing parenting, and to build a caring capacity in communities and society in order to turn the tide on the nation's epidemic of mental and social problems."

In the study, published online Sept. 9 in JAMA Pediatrics, Bethell and her colleagues reported their analysis of responses to a 2015 survey of Wisconsin adults.

Respondents were asked to recall positive aspects of their youth, including being able to talk to family members; having family support during bad times; and feelings that they belonged, were supported by friends and protected at home by adults.

Participants were also asked if they'd ever been subjected to physical, emotional or sexual abuse, or to drug abuse or violence at home. An estimated two-thirds of U.S. adults have had one or more such experiences, Bethell said.

Among respondents who mostly lacked positive childhood experiences, 48% went on to experience depression as adults, the study found.

But depression affected only about 13% of adults whose youth was broadly positive, whether or not childhood trauma had occurred.

And regardless of early trauma, those reporting a broadly positive childhood were 3.5 times more likely than others to always get the adult social and emotional support they desired.

In contrast, only one-third of those who described their youth as lacking said they always got the social and emotional support they desired as adults. But that figure doubled among those whose childhood was characterized by broad support, love and belonging, the investigators found.

The good news, said Bethell, is that when parents and friends provide love and support, it can help a child "heal" from trauma.

The bad news: When kids lack a nurturing environment, the risk of mental health trouble rises, even in the absence of trauma, she added.

Rose Alvarez-Salvat, clinical supervisor of the psychology division at Nicklaus Children's Hospital in Miami, said the findings were not surprising. She added that they underscored the complex nature of mental health.

Positive and nurturing childhood environments "can consistently lead to more positive coping, and serve as a protective factor into adulthood and mental health," Alvarez-Salvat said. At the same time, a host of other issues likely comes into play, including genetic predispositions, education and cultural factors, she added.

Turhan Canli, a professor of psychology and psychiatry at Stony Brook University in Stony Brook, N.Y., noted that the study does not show a cause-and-effect relationship between childhood experiences and adult depression.

"The questions about positive childhood experiences are all phrased in such a way that the respondent has to remember how they 'felt' as a child," he noted. "But both memory and feelings are quite subjective, so we don't have any objective confirmation that these positive experiences occurred as people remember them."

The only way to really know what's going on, Canli said, is to do more long-term research that would track and observe individuals as they move from childhood into adulthood.

For more on positive parenting, visit the U.S. National Institutes of Health.