Kids With Food Allergies Can Become Targets for Bullies 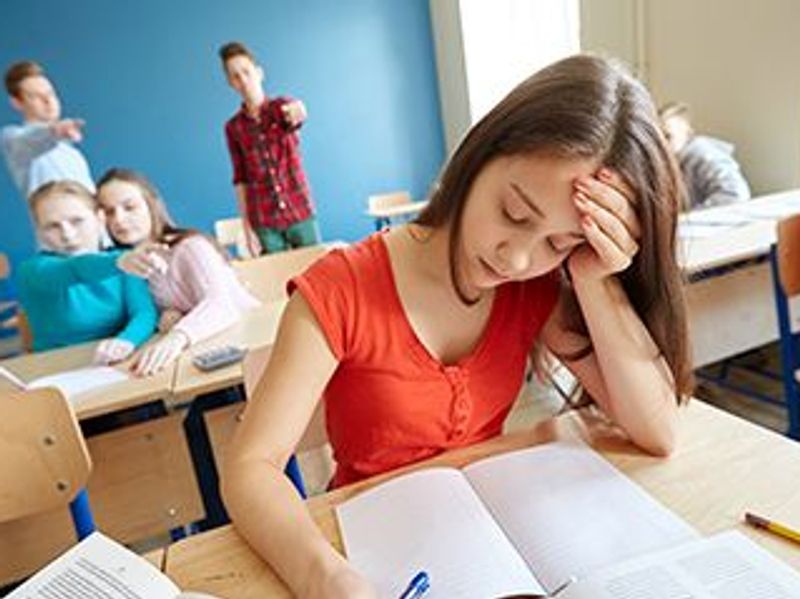 FRIDAY, Nov. 13, 2020 (HealthDay News) -- As if having food allergies isn't hard enough on a child, new research shows that almost 1 in 5 of these kids are bullied.

The bullying didn't stop at the schoolyard. A similar percentage of parents said they had been teased about their concern for their child's food allergies.

"I think this is an underreported problem because a lot of kids don't report being bullied. I think bullying is something that allergists should start screening kids for," said study author Dannielle Brown, a second-year medical student at Loyola University School of Medicine in Chicago.

Senior author Dr. Ruchi Gupta, director of the Center for Food Allergy and Asthma Research at Northwestern University Feinberg School of Medicine in Chicago, said the problem may stem from a lack of awareness.

"Food is a part of everything kids do. It's often hard for kids to understand that food can be life-threatening," Gupta said. "Students hear the word allergy and think, 'It's like how I'm allergic to cats and get sniffles and sneeze after being with a cat.' They may think it's not a big deal."

But food allergies are a big deal, and the support of peers is very important for keeping kids safe, Gupta explained. "When peers aren't supportive, kids with food allergies engage in more risk-taking behaviors [like not checking food ingredients]," she said.

The new study included 252 kids from age 4 to 17. Slightly more than one-quarter of the group was Black; the rest were white. Their parents completed surveys about bullying and food allergies.

Kids weren't often forthcoming about being bullied. Only about 14% had told parents they'd been bullied.

The good news is that when parents knew about bullying and stepped in, they were successful about half the time. Speaking with a teacher or someone in the school administration were the options parents turned to most often for their child.

For parents who reported being teased about their child's food allergy, it was often by the parent of another child or a friend.

Both Brown and Gupta said the findings point to a need for more education and awareness about how serious food allergies can be.

People often think that food allergies aren't severe and that there's a simple medication that people can take. But food allergies aren't like other allergies, Gupta stressed. Someone having a reaction to food might have typical allergy symptoms, like hives, but they can also have trouble breathing and need to go to the hospital. They'll also need to have a shot of the drug epinephrine to counteract the allergic reaction.

"Other parents may not understand because food allergies weren't as prevalent when they were growing up. It's important to be willing to learn from one another. People need to treat each other with kindness and respect, and not be so quick to react and respond," Brown suggested.

Gupta said parents can also empower their child through role-playing. For example, many kids with food allergies need to sit at a designated allergy-free table at lunch. Bullies may see this as an opportunity to tease. "Go through some common scenarios your child might encounter, and help them practice what to say," she said. That way, if something does happen, your child will already know how he or she wants to respond.

Dr. Irene Mikhail, a pediatric allergist at Nationwide Children's Hospital in Columbus, Ohio, looked over the study and said she hasn't had many patients tell her they've been bullied -- but "kids might not want to talk about bullying with me or with their parents in the room."

Mikhail also thought that a lack of understanding or experience with food allergies is a big issue. "When I was a kid, no one had food allergies, but there has been a legitimate increase in the rate of food allergies over the last 30 years," she said.

Another issue is that people misuse the term food allergy for other, less serious conditions like a food intolerance. "We really want to only classify a food allergy as an allergy so that people in the community don't become complacent about food allergies."

Mikhail also recommends role-playing with kids. "Empower kids with what they can say. If they sense confidence, a bully might not act. If kids are being bullied, they should get help from adults around them," she suggested.

The researchers will present their findings Friday at a virtual meeting of the American College of Allergy, Asthma and Immunology. Findings presented at meetings are typically viewed as preliminary until they've been published in a peer-reviewed journal.

Learn more about food allergies and bullying from the Asthma and Allergy Foundation of America.